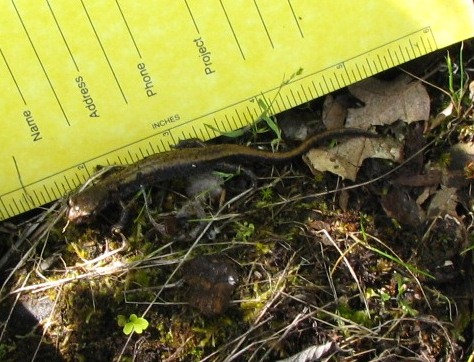 This one was found under rocks on a steep talus slopes in the Columbia River Gorge. It is a terrestrial species dependent on late-seral forest conditions or combinations of rocky substrates, soils, and vegetation that provide suitable cool, moist microhabitat conditions

This is one of the easternmost occurrences in the Gorge, as the climate becomes increasingly arid as one moved eastward.