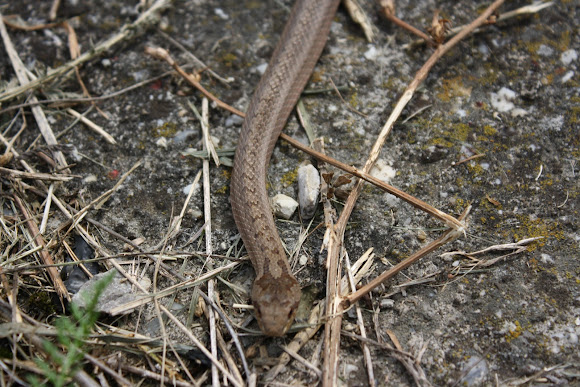 The smooth snake(Coronella austriaca) is a non-venomous species of snakes found in most countries in Europe, it grown to be between 60 and 75 cm, however there has been species registered at a length of 83 cm in Sweden and 92 cm in Russia. This specimen was around 45-50 cm. It is sometimes confused with the European Adder(Vipera berus), though its pupils are circular and it has small black spots on its back instead of vertical pupils and the infamous zig-zag pattern of the Viper. It has been assessed by IUCN red list, and has of 2017 the label of LC(least concern).

As I spotted this one, it was on its way through an urban area, so I picked it up and walked down to the grassland next to the pond, where it is quite a lot of mice. It didn't even try to bite and was not aggressive or very stressed by my handling, would love to have had some more photos of this one, but after a few pics it went into a mousehole and gone it was. Hopefully it won't go near the road or houses again.