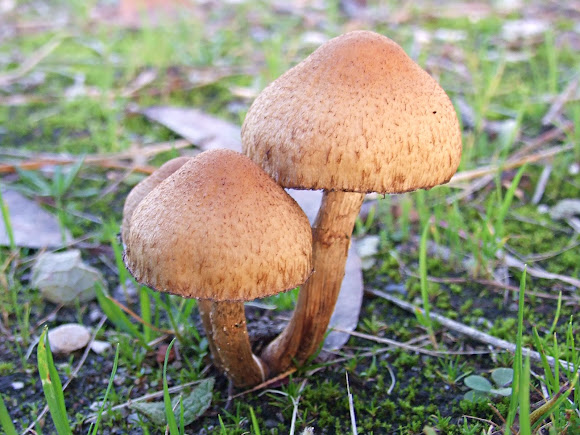 Commonly referred to as the Weeping Widow, because of the black, watery droplets that appear at the cap rim and on te edges of the gills when they are moist, this large grassland fungus is an occasional species in parkland, open woodland, lawns, fields and roadside verges. The English name somehow seems particularly poignant when these sombre but gregarious mushrooms pop up to shed their tears beside gravestones in town and country churchyards.

A fairly frequent find in most parts of Britain and Ireland, Lacrymaria lacrymabunda occurs throughout mainland Europe and is found also in many parts of in North America.

Spotted by a stud ent at Prof. Reynaldo dos Santos