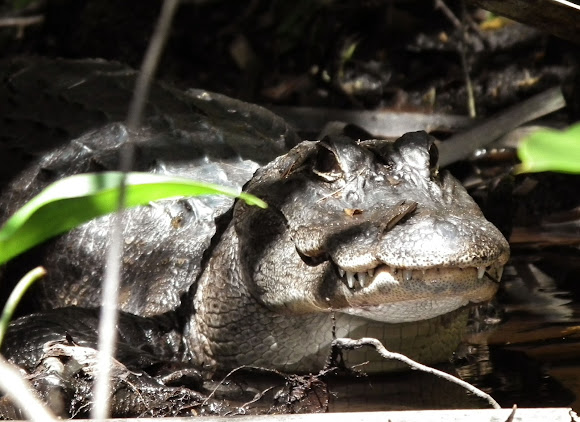 Pretty unmistakable! A large aquatic reptile that is endemic to the south eastern United States. Snout is much wider than the crocodile. They are apex predators and will consume pretty much any animal they can catch - fish, amphibian, bird or mammal. Hatchlings tend to feed on smaller invertebrates. Generally only become a danger to humans when they've been fed by people, and start to associate humans with food.

I found this while canoeing up the Wekiwa River, somewhere between Wekiwa Spring and Rock Spring. Very swampy and shallow river.

This was only a small gator, but the first crocodilian I've ever seen in the wild!

Thank you Maria! I was so excited :) I would love to get out to the Everglades, Marta, I hope I'll have time!

Congratulations on your spotting, Laura!

Nice! will you visit Everglades?