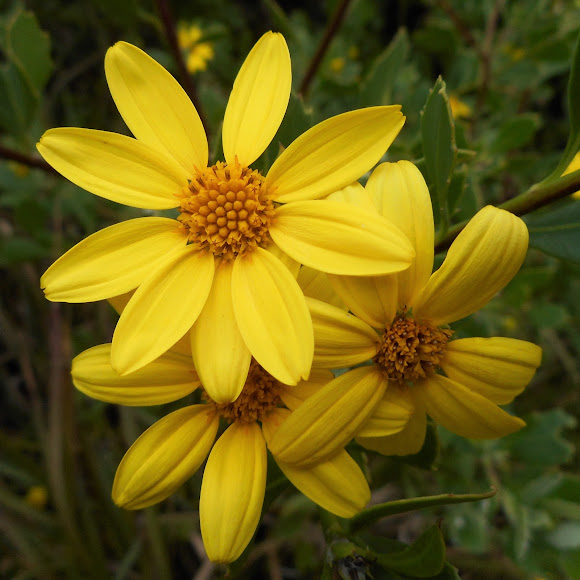 A native to the South African Cape region, Chrysanthemoides monilifera is an invasive species on the coastal dunes and headlands of Australasia. It is particularly prevalent on the central and north coasts of NSW, and listed as a Key Threatening Process to Biodiversity in NSW and as a Weed of National Significance. Belonging to the Asteraceae (daisy) family, there are two subspecies present - C.m. rotundata, known as Bitou Bush, and C.m. monilifera, known as Boneseed. In Australia, subspecies rotundata has naturalised along the coast of Queensland and New South Wales, while subspecies monilifera has naturalised along and near the coast in parts of Victoria and South Australia. Bitou Bush affects native plants mainly through competition, its high growth rate and, possibly, by releasing chemical inhibitors. The DPI reference link provides loads of information.

The high coastal headland of Cape Three Points, on the NSW Central Coast between Avoca and Copacabana Beaches. This area is highly exposed to the elements, dry and sandy soils, and susceptible to bushfires.