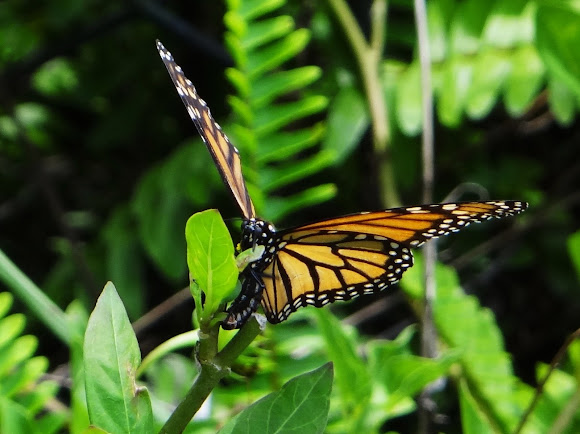 The upper side of the wings is tawny-orange, the veins and margins are black, and in the margins are two series of small white spots. The fore wings also have a few orange spots near the tip. The underside is similar but the tip of the fore wing and hind wing are yellow-brown instead of tawny-orange and the white spots are larger. The male has a black patch of androconial scales responsible for dispersing pheromones on the hind wings, and the black veins on its wing are narrower than the female’s. The male is also slightly larger.

Was happy to see this monarch depositing eggs!