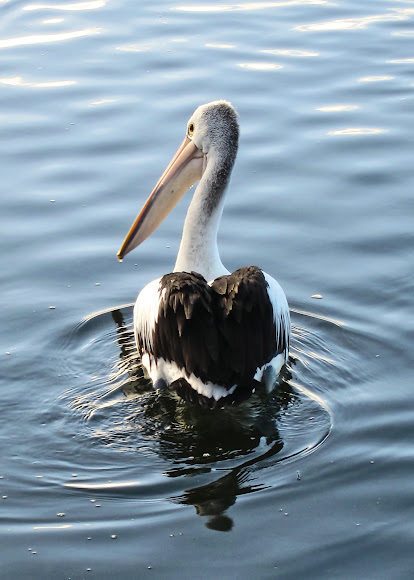 The Australian Pelican is a large waterbird of the family Pelecanidae. It is a predominantly white bird with black wings and a pink bill. It has been recorded as having the longest bill of any living bird. It mainly eats fish, but will also consume birds and scavenges for scraps. I've actually seen one eat a turtle, and have heard of two cases where small dogs have been taken at beach locations. True story!

Spotted this lovely pair by the Manning River in Taree, on the mid-north coast of NSW.

Not too long after sunrise and these two were preparing for the day by doing some synchronized grooming. Then it was off for a paddle.

Thanks, Mona. These two were a lovely pair.