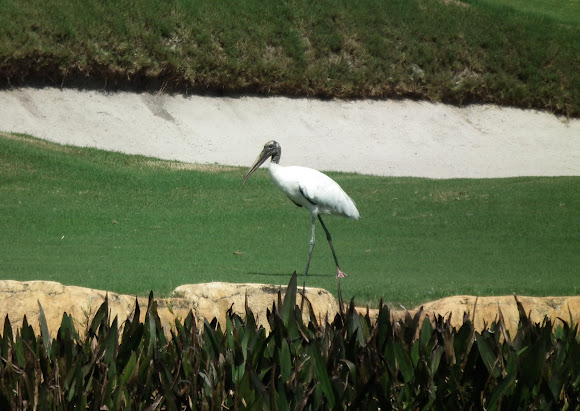 A very large wading bird, characterised by the black bare head and long, slightly curved bill. There is a breeding population in the southeastern United States which is considered endangered as their numbers have been steadily declining. Pretty unmistakable in the air, their wings are broad, with the bottom half black.

Found by a man made pond in a golf course in Orlando, FL.

Pretty shy, they moved to the other side of the pond when we turned up. I've never seen a stork in the wild.