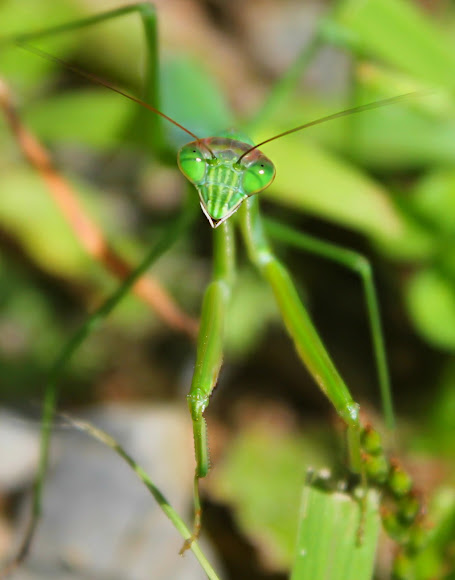 The praying mantis is named for its prominent front legs, which are bent and held together at an angle that suggests the position of prayer. The larger group of these insects is more properly called the praying mantids. Mantis refers to the genus mantis, to which only some praying mantids belong.

The Praying Mantis is found in many differing habitats. They are generally located in the warmer regions, particularly tropical and subtropical latitudes. Most species live in the tropical rainforest, although others can be found in deserts, grasslands and meadowlands.

My brother spotted this lovely creature in the front yard, ran and grabbed my camera that second and began a photo shoot with this cute critter. Very friendly and has awesome facial features! =)