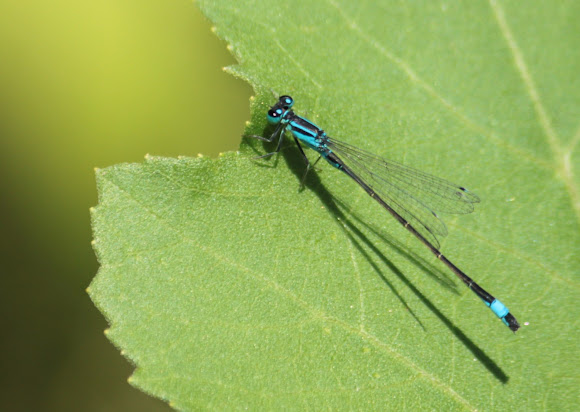 Adult male blue-tailed damselflies have a head and thorax patterned with blue and black. They have a largely black abdomen with very narrow pale markings where each segment joins the next. Segment eight, however, is entirely pale blue. At rest, the wings of most damselfly species are held back together, unlike dragonflies, which rest with their wings out flat.

Found in a very wide range of lowland habitats including brackish or polluted water where it may be the only species present.