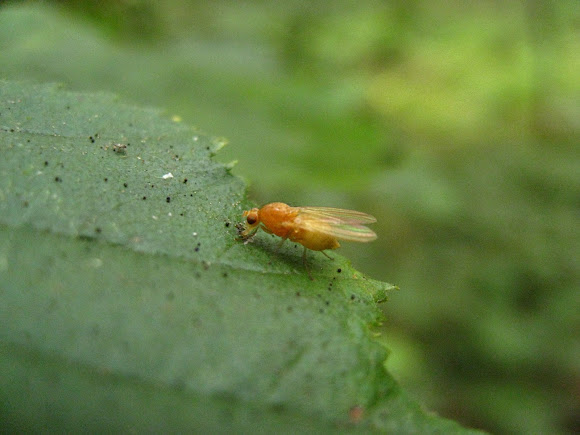 Length about 12mm. A striking orange fly with large red eyes. When to see it May to September. Life History Larvae of this genus have been reared from decaying organic matter including carrion, dung, and fungi. Males defend the small carcasses on which females oviposit as well as the females themselves during copulation and oviposition.

Adults are found in moist, shady habits among low-growing vegetation, fungi, and excrement.