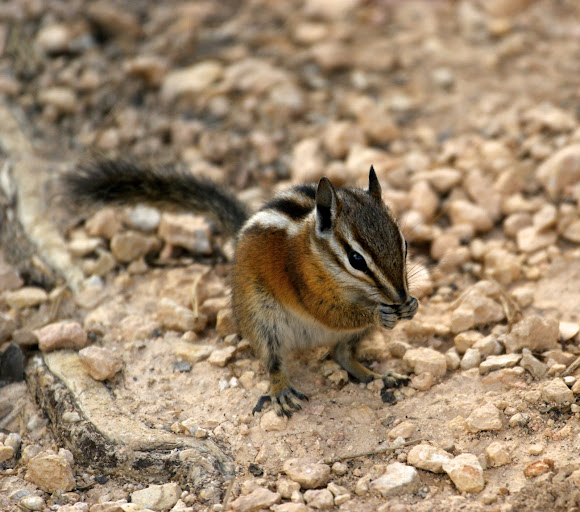 The least chipmunk is the smallest chipmunk in North America. These animals are active during the day and eat seeds, berries, nuts, fruits and insects. Predators include hawks, owls and mustelids.

It is also the most widespread species of chipmunk in North America occurring across north-central and western United States and from British Columbia and southern Yukon to western Quebec in Canada. The species is found in a variety of habitats including mixed deciduous and coniferous forests, boreal forest, and sagebrush plains.

If it was taken in Bryce Canyon, Utah, it is most likely a Least Chipmunk. Gray Collared Chipmunks are only found in Arizona and New Mexico. The colouration isn't right for an Uinta Chipmunk.

Can you please correct your map location? It will help to identify the species.

Thanks quiggsmcghee !! they are very photogenic ;-)