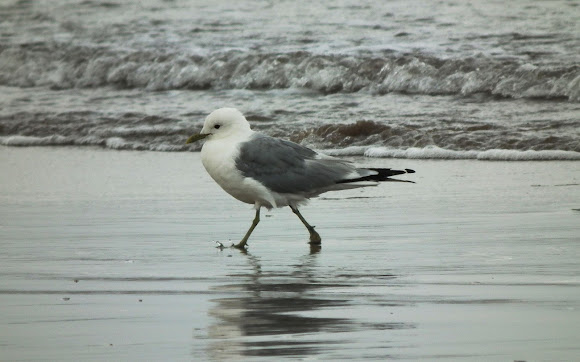 Despite the name, it's actually not particularly common in the UK. Passes through the south as a winter visitor, resident to the north but is only abundant in localised areas. Essentially looks like a much gentler version of the herring gull, resembling a kittiwake almost. Black eyes, yellow bill and greenish legs.

Best place to find them is coastal areas. They were fairly abundant on the West Sands by St Andrews, Scotland.