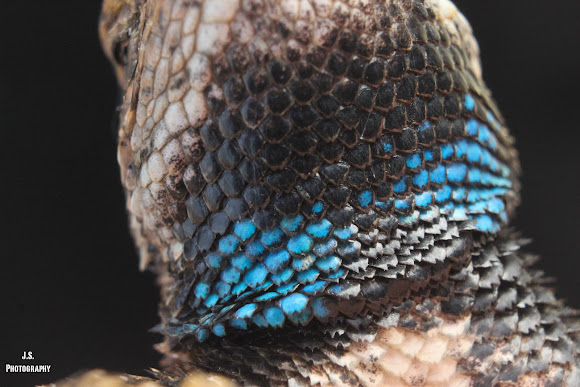 A male eastern fence lizard. The first photo shows the scales on the neck and under the chin. The second photo is the lizard on a log after it was released.

Found at Snake Road, part of the Shawnee National Forest in southern Illinois.

Yup I caught it and took the first photo, and the second photo was after we released it.