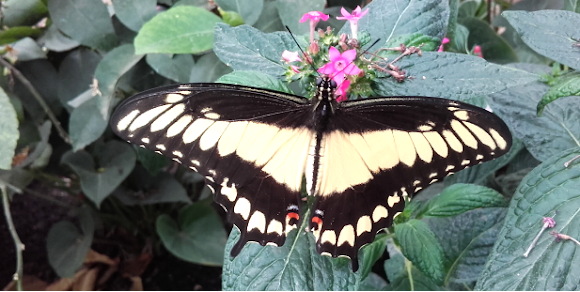 Papilio thoas, the king swallowtail or Thoas swallowtail, is a butterfly of the family Papilionidae. The species is easily confused with the giant swallowtail, which it closely resembles in both larval and adult stages. The caterpillars feed on the leaves of citrus plants (Rutaceae). They have also been reported as feeding on a member of the genus Piper.[1] Adult Thoas swallowtails fly year round in the tropics, feeding on nectar of a variety of flowers, including Lantana, Stachytarpheta, and Bougainvillea among other species. The wingspan is 100–130 mm.

It is found in the southernmost United States, Mexico, Central America and South America (as far south as Argentina and Uruguay).