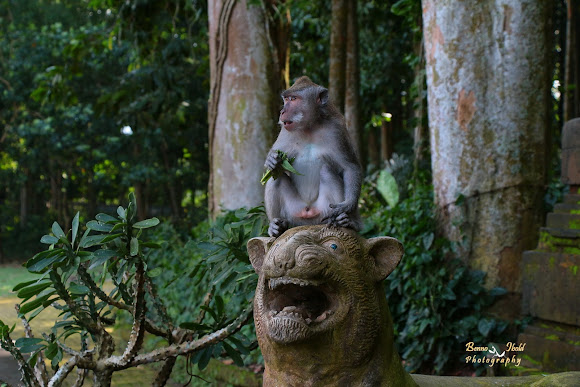 Aside from humans (genus Homo), the macaques are the most widespread primate genus, ranging from Japan to Afghanistan and, in the case of the barbary macaque, to North Africa. Twenty-two macaque species are currently recognised, including some of the monkeys best known to nonzoologists, such as the rhesus macaque, Macaca mulatta, and the barbary macaque, M. sylvanus, a colony of which lives on the Rock of Gibraltar. Although several species lack tails, and their common names therefore refer to them as apes, these are true monkeys, with no greater relationship to the true apes than any other Old World monkeys.

Special Thanks to Faredin for the ID of the subspecies.

This is a funny picture. And the whole series is quite nice.