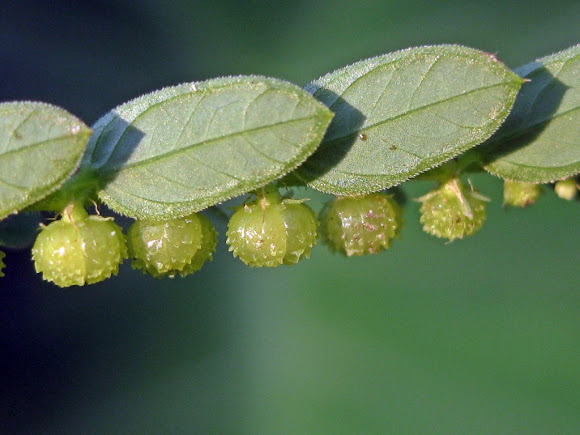 Chamber bitter is a small annual herb growing up to 2 ft tall. Leaves are alternately arranged along the erect, red stem, resembling those of the mimosa tree, disposed in two ranges. However, the leaves are not compound, but simple. The leaves are oblong or oblong-obovate, 7-18 mm long, 3-7 mm wide, rounded with a sharp point., obliquely rounded at base, nearly stalkless, pale beneath. The leaves are large at the tip and smaller towards the petiole. When touched, the leaves fold in automatically. Flowers are greenish white, minute and appear at axiles of the leaves, as well as the seed capsules. Numerous small green-red fruits, round and smooth, are found along the underside of the stems. Medicinal uses: Warning: Unverified information It is used against colic, and as an effective remedy to eliminate gall - and kidney stones, urinary tract infection, bladder inflammation and for other kidney and liver problems in general such as acute - and chronic hepatitis B, which explains the origin of its species name urinaria.