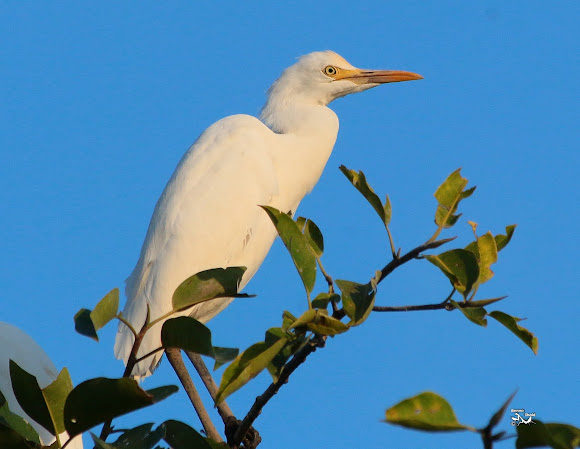 The Great Egret (Ardea alba), also known as common egret, large egret or great white heron , is a large, widely distributed egret. Distributed across most of the tropical and warmer temperate regions of the world, in southern Europe it is rather localized. In North America it is more widely distributed, and it is ubiquitous across the Sun Belt of the United States and in the Neotropics. The Old World population is often referred to as the great white egret. This species is sometimes confused with the Great White Heron of the Caribbean, which is a white morph of the closely related Great Blue Heron (A. herodias).

White heron hunt during the day in the rice paddies and gather before nightfall on their sleeping trees. There were hundrets of them. The Great Egret is partially migratory, with northern hemisphere birds moving south from areas with colder winters. It breeds in colonies in trees close to large lakes with reed beds or other extensive wetlands. It builds a bulky stick nest.

Kyle A 7 years ago

Beautiful series. Egrets are so elegant looking. Thanks for sharing.