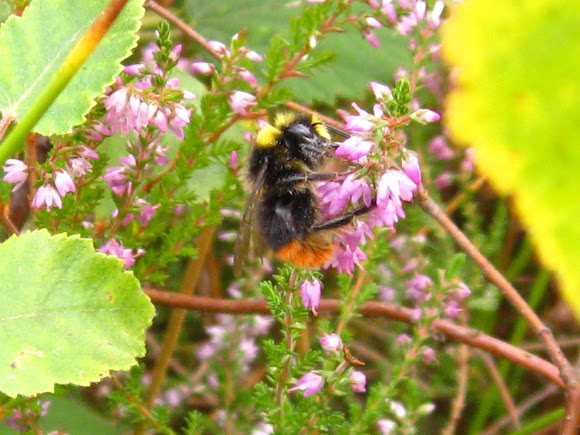 Queens, workers and males have a yellow band on the thorax and abdomen. The abdominal yellow banding is less pronounced or missing in workers. The tail is often dark orange-red, and may fade with time. Because the colour on the tail is restricted to the final segment, it can be difficult to see while the bee is moving. Early bumblebees are a particularly small species and the workers are markedly smaller than other foraging worker species appearing in the springtime. Males have a broad yellow collar that wraps around the thorax, and yellow hair on the face.A second generation is common in warmer climates (as most of England; in Scotland the species usually have only one brood yearly), often established in existing, but declining nests. Colonies rarely contain more than 100 individuals. It is a pollen storer, that is, it stores pollen in wax pots or empty cells and feeds each larva individually, rather than storing the pollen in pockets in the larval cells

Its habitat is very wide ranging, including fields, parks, scrubland and sparse forest.