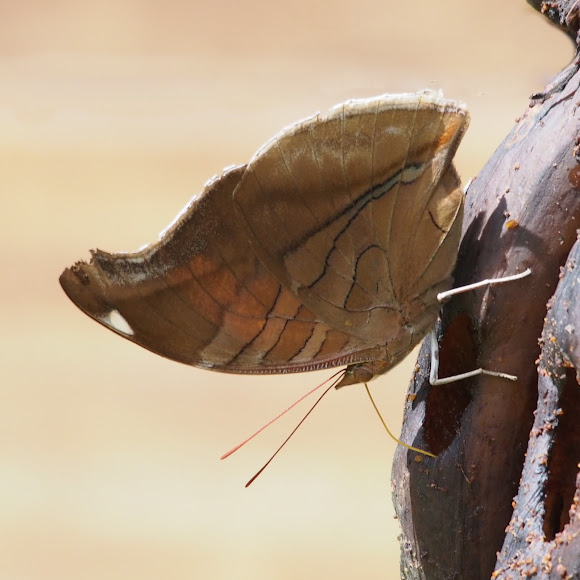 This is a large ( wingspan 11cms ) and magnificent butterfly. This species is usually encountered singly. It is a swift and very powerful flyer, which swoops down from it's perches high in Cecropia trees to feed at fermenting mangos, plantains and other fruits lying on the forest floor. When settled the wings are held erect, but are flicked open periodically if the butterfly is nervous. The sudden display of the bright orange bands on the upperside probably serves as a warning to predators - orange colouration in butterflies is often an indicator of toxic qualities. Historis odius is a common and very widely distributed species, found from Texas to Peru, Bolivia and northern Argentina. Source: Learn About Butterflies.

This species occurs in a wide variety of forested habitats, from the humid deciduous woodlands of Nicaragua and Guanacaste, to the rainforests of the Amazon basin and the premontane cloudforests of the Andes. It occurs at altitudes between sea level and about 1600m.

The vernacular name Stinky Leafwing, and the species name odius are probably references to the odorous rotting fruits to which the butterfly is attracted.