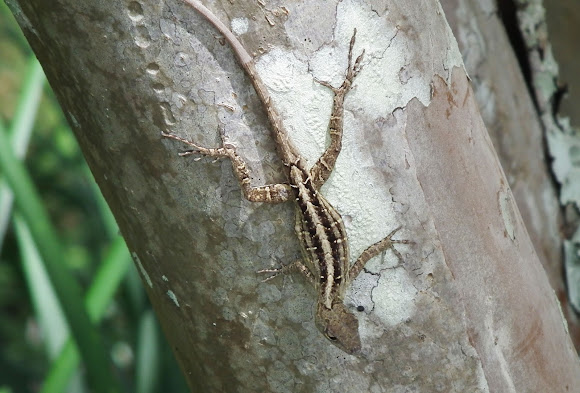 The brown anole is an invasive species in Florida, where it has displaced the native green anole (Anolis carolinensis). It has been introduced in many places through the pet trade. The colouration is quite variable, and can also change their colours slightly. Brown anoles will detach their tails to escape predators (you can see that this happened to the lizard in the first picture). They will actually eat other lizards, including the green anole.

They were very widespread, found them everywhere. These photos were taken on the edge of a swampy forest in Orlando, FL.