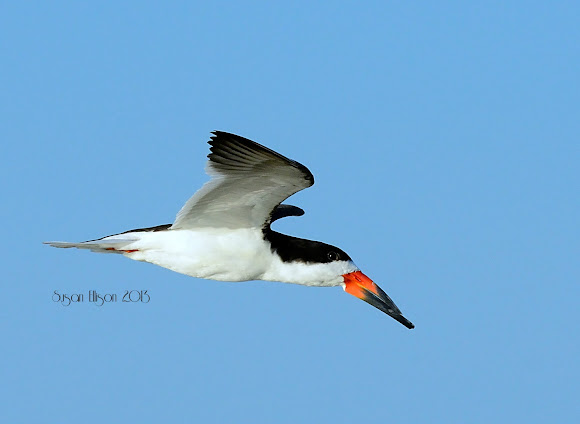 open sandy beaches, on gravel or shell bars with sparse vegetation, or on mats of sea wrack (tide-stranded debris) in saltmarsh. Skimmers are occasionally seen at inland lakes such as the Salton Sea of California. Much of this species' original beach habitat has been developed as houses and attractions for beachgoers. Particularly in the southeastern U.S., artificial islands made from dredge spoils are an important nesting habitat for this and other species.

•The Black Skimmer is the only American representative of the skimmer family. The other two, rather similar, species are the African Skimmer and the Indian Skimmer. All use the same unusual feeding method.

thanks Marta, I'm glad to be able to bring you the shots. I enjoyed taking them.

is not that I want to spam the feed but I am really enjoying all your birds serieses..you have an amazing collection, Susan!