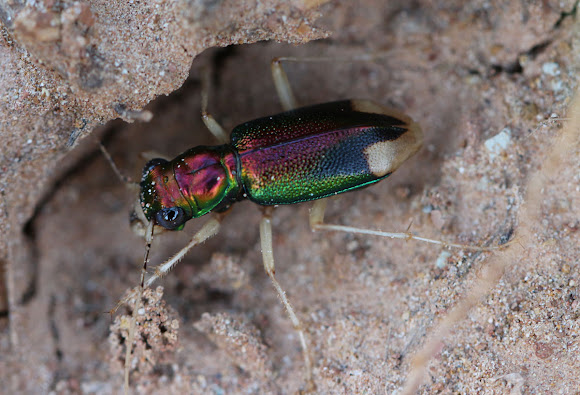 spectacular iridescent green and purple with white legs, about 3/4 in

I was surprised by how much wildlife I spotted in the Tatacoa desert. This insect was very hard to photograph. I first saw it running across the ground and followed it but it would always try to hide under the dirt. As soon as it was exposed a little it would run again. I was only able to get these shots as it completely disappeared underground and I couldn't find it again. As colorful as any insect I've seen in the Amazon.

Kyle A 7 years ago

That's a beautiful beetle! Thanks for sharing.

Fantastic spotting! This species is found from southern North America to South America.