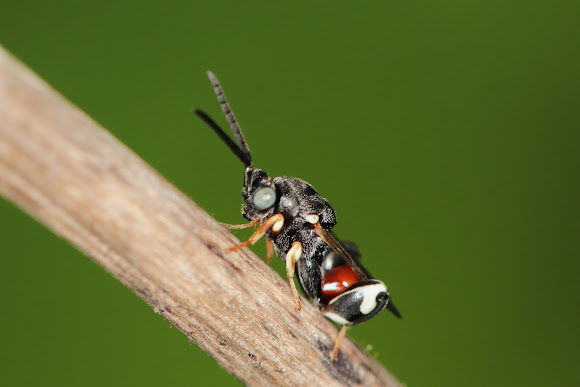 Brachymeria is a genus of parasitic wasp in the family Chalcididae. A large number of species are known, all of them parasites of insect larvae. They have elbowed antenna and have a typically enlarged femur (thigh) segment on the high legs. Some species have been used in biological control. They have a worldwide distribution.

Seen near a farm.

Thanks Harsha and chem1.

Thank you Yasser! You're very kind :-)

Thank you Toshimi and Daniele!

This is a parasitic wasp in the Family Chalcididae: Genus Brachymeria.
Nice picture.
This is a quite difficult group, with hundreds of species.

Thanks a lot for your help Cindy! I will surely research on the suggestions provided by you.

What a gorgeous wasp! My first thought was Chalcid Wasp or maybe even a Chalcidid Wasp but I haven't researched it. It would be a good place to start :)