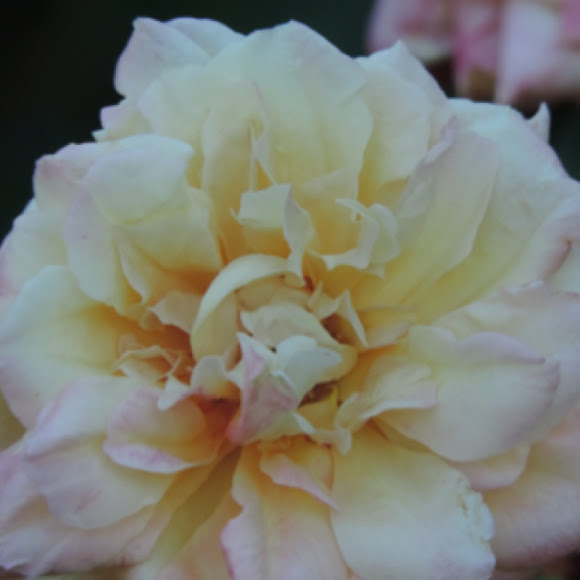 'Mrs. Dudley Cross' has been a popular old Tea rose since it was introduced in 1907. It has been particularly abundant in South Texas and was declared "The Yellow Rose of Texas" by Extension Horticulturist Greg Grant and his rose committee during the 1980s after researching a large sampling of heirloom roses found thriving in the San Antonio area. A special feature is that 'Mrs. Dudley Cross' is almost thornless and also known for its resistance to blackspot disease. The flowers are great for garden display or cutting. They are a lovely blend of pink and pale yellow and occur throughout the warm seasons. Like all roses they are best placed where they receive at least a half day of direct sun. Use them in groups, individual specimens or as a hedge where they will reach 5-6' tall and wide. Clay or sandy soils work well but will produce better where the soil has been amended with compost or other organic materials. http://aggie-horticulture.tamu.edu/newsl...