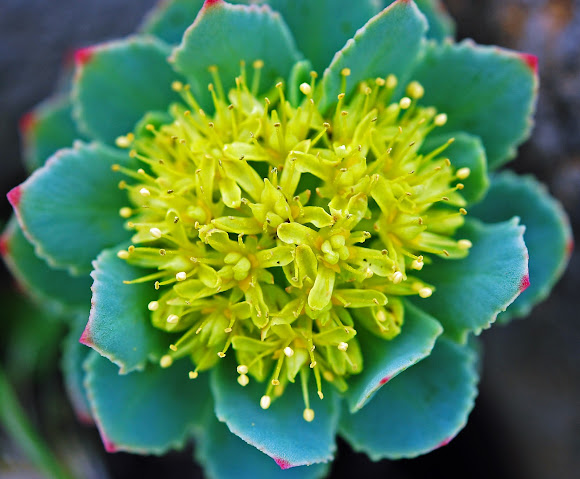 The Golden root (or rose root, roseroot, Aaron's rod, arctic root, king's crown, lignum rhodium, orpin rose) is a succulent plant which grows in cold regions such as the Arctic, the mountains of Central Asian, parts of eastern North America and mountainous parts of Europe. In Iceland it can be found almost everywhere except for some desert regions north of the Vatnajökull. It can not survive where sheep graze.

About 140 different chemical compounds have been isolated from the roots of Rhodiola rosea, which are currently being investigated for their potential biological properties.

Hi Tina12! Welcome to Project Noah. Sure you can. Make sure to mention Project Noah as well, and giving us a link to your blog would be nice :-)

it's amazing ... can I use your photos for my blog on wordpress? with your name below of course. Thanks

Yes you inspire ppl to go there by your photos! I cant say I find any similarities with the flora of Sweden. I thing you have to go far up north, perhaps even to the north of Norway in order to get the species that lives in the costal areas.

Thanks for your comment Tiz! I feel very fortunate that I was able to visit this amazing place. Some of the species I saw you must be familiar with :-)

It is so great of you to share your view from this part of the world Daniele.
Fantastic spottings and very interesting information!!!

Amazing clarity on the second shot!