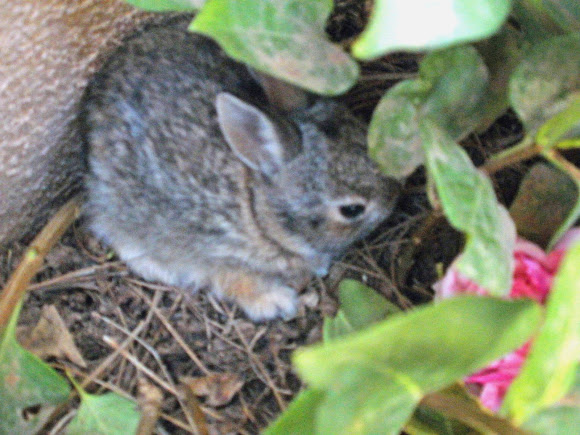 Two desert bunnies about the size of the palm of my hand. One was still as a statue in the monsoon inspired greenery. The other leaped out of a thick patch of blooming purple catmint when I was watering and hid under a low spreading juniper.

There are burrows around the house and studio, but I have not seen the mother. They stayed in place for an entire day but were nowhere in sight this morning. Hoping they do not become food for the local snakes -- we've got big gopher snakes and western whipsnakes--and many coyotes. There are three resident adult rabbits and at least one youngster that have survived.