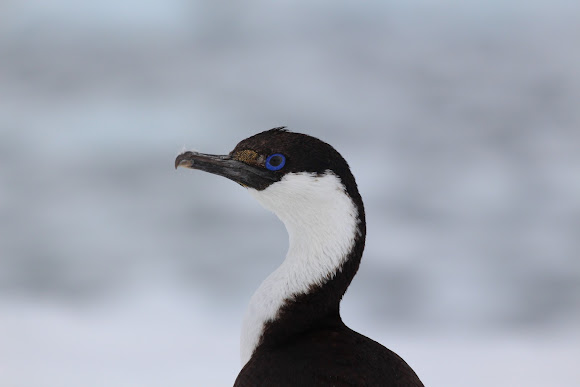 Also known as a blue eyed shag. Wingspan of 49" (124cm), feed mainly on fish. Usually 2 or 3 eggs are laid from late October to January.Both sexes incubate the eggs but the male does most of the work. They tend to return to the same nest site every year.

I sometimes saw blue eyed shags nesting right along side Gentoo penguins in the Antarctic peninsula. With their black and white colour, they looking deceptively like a penguin. This young male in my spotting was just standing around when we did one of our landings. We were able to get fairly close for photos. They can easily fly away but for some reason this one was content with just standing around while people photographed it. Was great to see one so close.

Thanks Daniele, maplemoth, and Antonio!