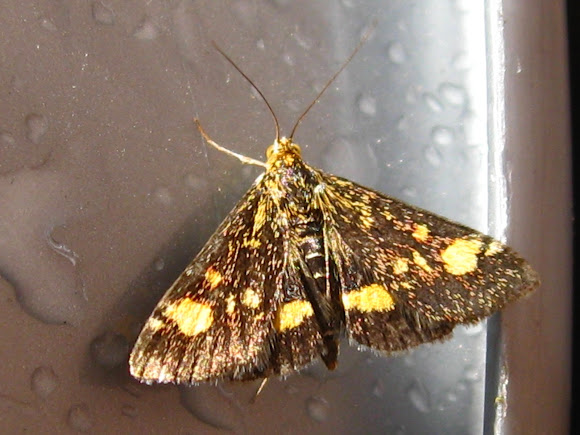 The purplish-brown wings have a span from 10 to 15 millimetres, and a single golden yellow spot on each overwing and underwing. The moth is very similar to the related Pyrausta purpuralis, a slightly larger moth with a larger number of yellow spots.

As the name suggests, the mint moth often uses mint as a food plant, though it can also be found on other species such as marjoram. In north-west Europe it can be seen from April until the end of September, and is capable of having two generations in each season.