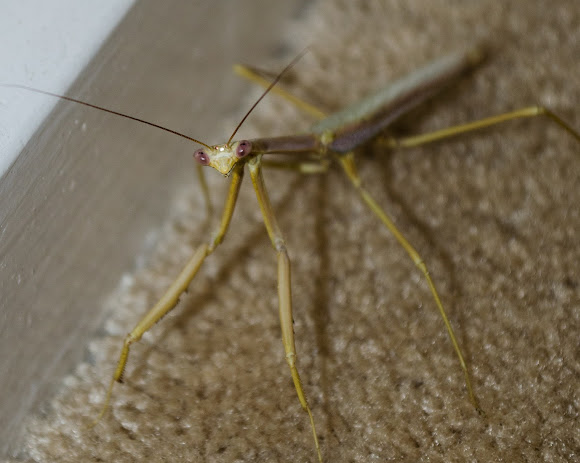 This guy had wandered into my friend's house. It was very unusual but we took him outside where he would be happier.