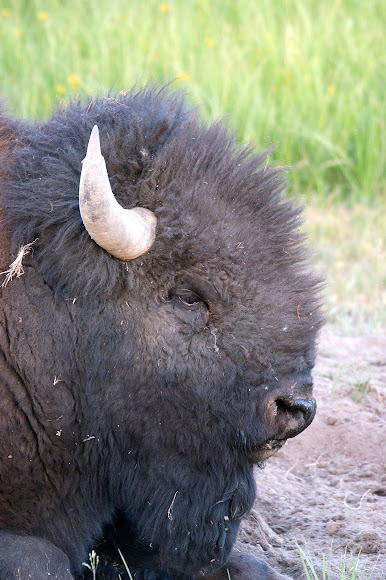 The American bison, also commonly known as the American buffalo, is a North American species of bison that once roamed the grasslands of North America in massive herds, became nearly extinct by a combination of commercial hunting and slaughter. A bison has a shaggy, long, dark brown winter coat, and a lighter weight, lighter brown summer coat.