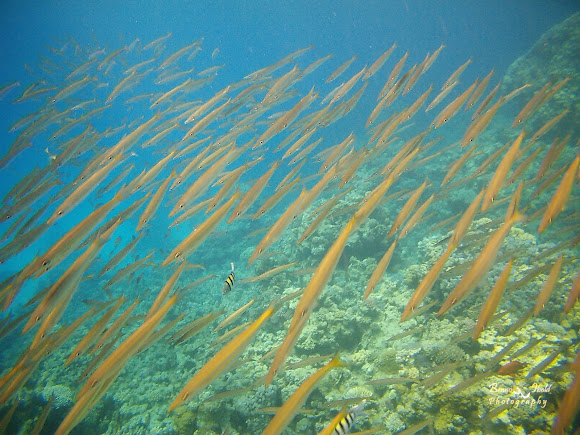 The bluespotted cornetfish, Fistularia commersonii,or also known as Smooth Cornetfish is a Marine fish which belongs to the family (biology) Fistulariidae. It grows to a length of 1.6 metres (5 ft 3 in) but average size in usually around 1 metre (3 ft 3 in). The bluespotted cornetfish is a decidedly different-looking fish. This very long and slender reef dweller belongs to the same order as the pipefishes and seahorses, called Syngnathiformes. It hunts other fishes and small invertebrates. This species is found in all the tropical waters of the Indo-Pacific, Red Sea included. Since few years, its presence had been reported from the Mediterranean Sea.This species is considered as part of the Lessepsian migration.