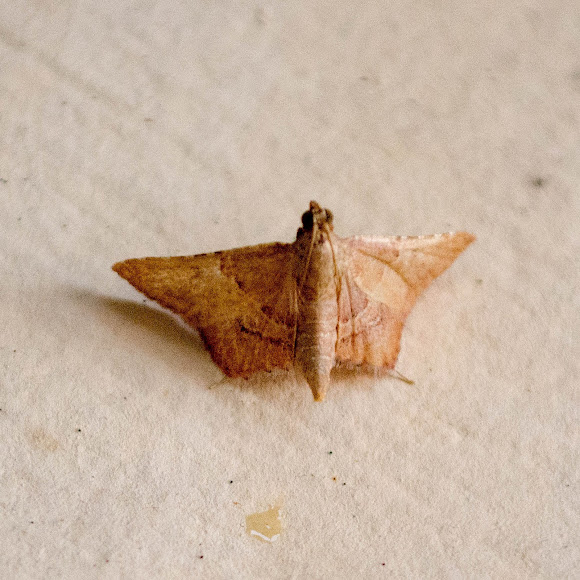 This little brown moth keeps a singular position. I found it on the house's wall this morning. It's about 1.5 cm. The wingspan is 18–23 mm. The moth flies from July to August in the temperate parts of its range (e.g. in the British Isles) and is attracted to light.

t is found in Europe and nearby regions: its range extends to Iran (via the Caucasus), to Lebanon and Syria, and to the Maghreb. The proposed subspecies carnealis and several supposed varieties seem to be indistinguishable from typical individuals found in Austria.

The caterpillars typically feed on, Common Agrimony (Agrimonia eupatoria) and bilberries (Vaccinium), as well as on various plant remains and on dry leaves of willows (Salix) and oaks (Quercus).