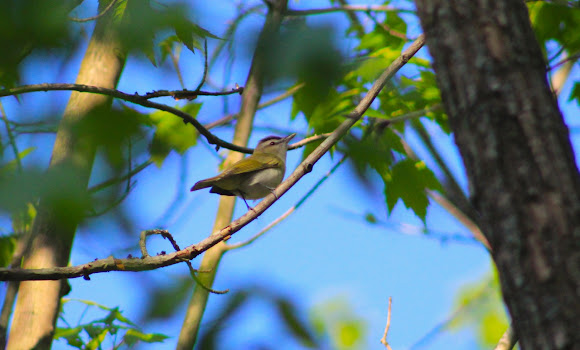 Red-eyed Vireos are large, chunky vireos with a long, angular head, thick neck, and a strong, long bill with a small but noticeable hook at the tip. The body is stocky and the tail fairly short. Red-eyed Vireos are olive-green above and clean white below with a strong head pattern: a gray crown and white eyebrow stripe bordered above and below by blackish lines. The flanks and under the tail have a green-yellow wash. Adults have red eyes that appear dark from a distance; immatures have dark eyes.