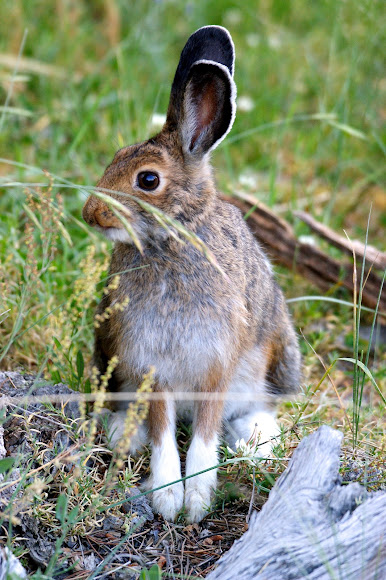 The desert cottontail is not usually active in the middle of the day, but it can be seen in the early morning or late afternoon. It mainly eats grass, but will eat many other plants, herbs, vegetables and even cacti. It rarely needs to drink, getting its water mostly from the plants it eats or from dew.

The desert cottontail is found throughout the western United States from eastern Montana to western Texas, and in northern and central Mexico. Westwards its range extends to central Nevada and southern California and Baja California. It is found at heights of up to 2,000 m. It is particularly associated with the dry near-desert grasslands of the American southwest; though it is also found in less arid habitats such as pinyon-juniper forest.

I do believe you are correct :)