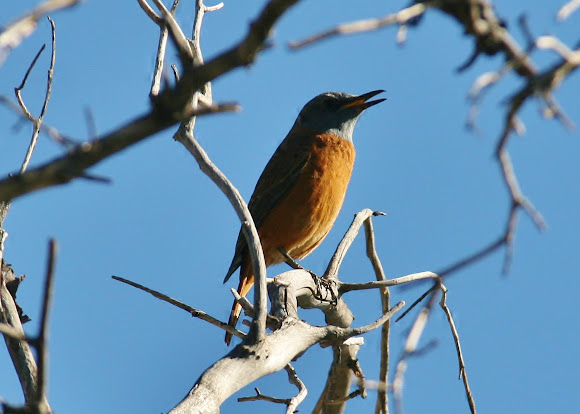 In Tree near urban area.

The male Cape Rock Thrush has a whistled song tsee-tsee-tseet-chee-chweeeoo, and occasionally mimics other birds.