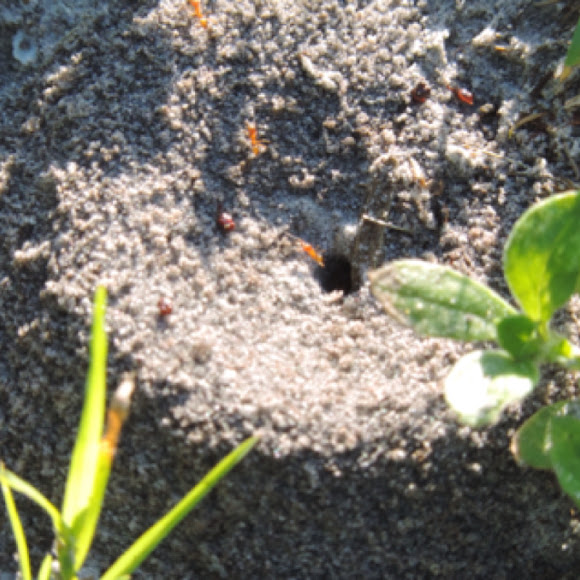 Pyramid ants are pale orange to dark brown in color. They are slender and twig-like.

This mound was in a patch of bare sandy soil between a grassy lawn and the wetlands along the river.

Although all ants are social, pyramid ants will not be seen in large numbers, but rather singly, foraging in search of food. They can be seen entering and departing from a hole in the top of their nest that looks like a small sand crater. They nest in soil that is preferably sandy. The nest has a single entrance surrounded by a crater-shaped mound of soil and a there is a single queen per nest. They feed on a variety of foods including other insects, but have a preference for sweets. Pyramid ants usually nest in bright, sunny, open-spaces in lawns. Oftentimes, pyramid ant nests will be in close proximity to fire ant nests because pyramid ants are predators of the winged male and female fire ants.