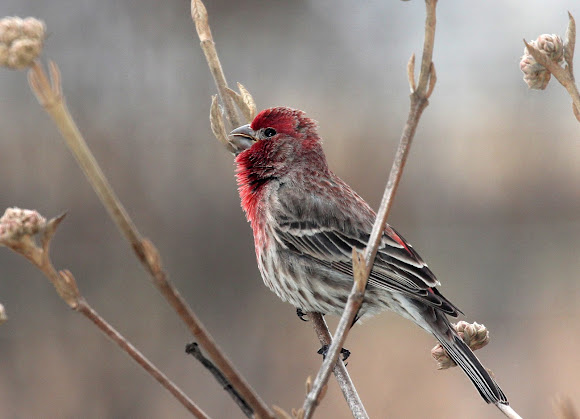 Males have a red head and breast and a streaked, brown belly. The red coloring comes from pigments contained in its food during molt. So, the more pigment in the food, the redder the male. Females seem to prefer to mate with the reddest male they can find, and this male finch is already paired up with a female. In the first photo, he was singing a long, warbling song.

This finch lives in my yard and frequently perches near the top of a bush next to my deck where he really stands out in contrast to the barren, early spring landscape. He and his female partner frequently snoop around my deck, which provides endless entertainment for my cats who watch intently through the window.