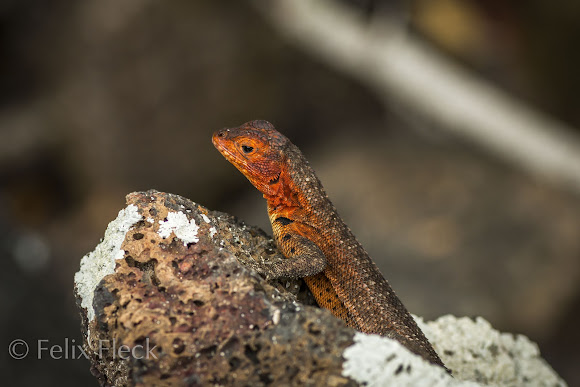 The females look quite different, being less colourful and smaller (this specimen measured around 5cm, excluding the tail). They do, however, display these bright orange/red cheek patches, which are also an indicator for sexual maturity. In this specimen, the orange colouration extends over most of the front half of the body. Base colour is a dark brown, almost without spots and lacking the stripes altogether. The scales are keeled and pointy, but the overall appearance is not as 'spiky' as the males.

Found on lava rocks along the Wall of Tears trail.

Lava lizards belong to the Iguanidae family, being related to Iguanas.