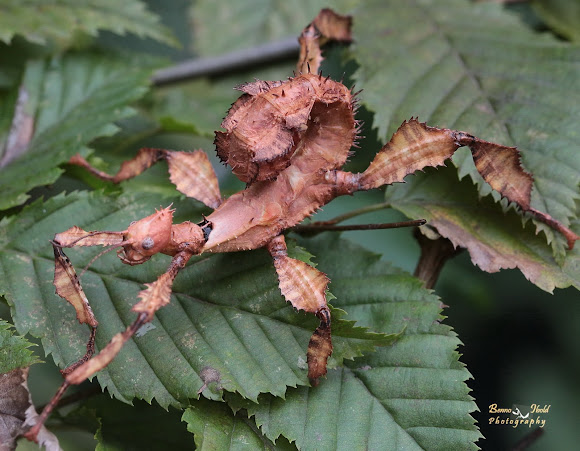 Extatosoma tiaratum (common names Giant Prickly Stick Insect, Spiny Leaf insect, Macleay's Spectre, or Australian Walking Stick is a large species of stick insect endemic to Australia. Female adult E. tiaratum are covered with thorn-like spikes for defense and camouflage. Their long, rounded bodies grow to about 5 to 8 inches (20 cm) long. The females are further described as "heavy-bodied, brachypterous and (having) numerous spines and integumental expansions on the body and legs, including a tuft of spines on the conical occiput of the hypognathous head". As mentioned, the wings of the female are too small for flying, especially when she is gravid.

This photos are taken from homebread animals.

How cool is that?! Great series!