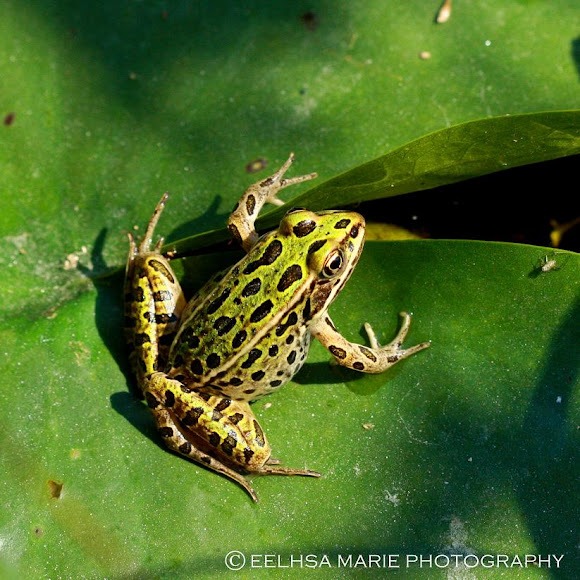 The habitat of the Northern Leopard frog can vary. It lives in prairies, woodlands, and tundras and is often found a good distance from water. They hibernate at the bottom of bodies of water that do not freeze completely.

These photos are of two different Northern Leopard Frogs. While I was out taking photos yesterday, I walked along the marsh edge and realized all these frogs were jumping back in the water from the side of the marsh. There seem to be quite a large number of these frogs in the marsh this summer. It is difficult to get close enough to photograph them, but I managed to get a few pictures. This was one of my favourite frogs when I was growing up, we always had lots at our place.