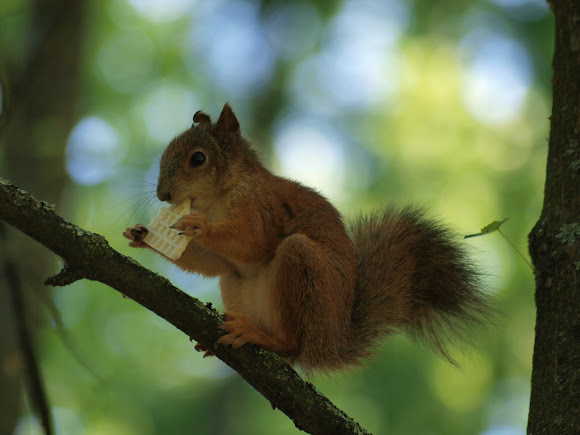 Although they are common in the whole of europe this is the only specimen I saw since I started project noah. They are the only sciurus species native to the continent ( the russian flying squirrel is the only other squirrel species in europe). It is currently fighting in parts of Italy and in England against the grey squirrel which, being able to eat acorns and carrying a disease deadly to red squirrels, has a greater rate of fitness.

park with abundant presence of trees

I saw them two years ago, but my pictures are not as good as yours.

Thankyou for the suggestion Faredin :) and thanks for the compliment Suzanne!!

Nice series, AdrianoZaniniAstaldi. You know, FaredinAliyevski might be right. When I saw the second photo, I wondered straight away who shared their cracker with him... because he certainly appears to be enjoying it!

Perfect but you should put the second photo as a first. That will attract all the attention :).