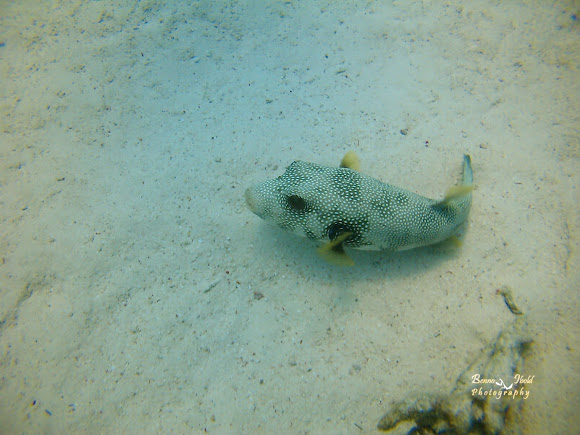 Tetraodontidae is a family of primarily marine and estuarine fish of the order Tetraodontiformes. The family includes many familiar species, which are variously called pufferfish, puffers, balloonfish, blowfish, bubblefish, globefish, swellfish, toadfish, toadies, honey toads, sugar toads, and sea squab.[1] They are morphologically similar to the closely related porcupinefish, which have large external spines (unlike the thinner, hidden spines of Tetraodontidae, which are only visible when the fish has puffed up). The scientific name refers to the four large teeth, fused into an upper and lower plate, which are used for crushing the shells of crustaceans and mollusks, their natural prey. Pufferfish are generally believed to be the second-most poisonous vertebrates in the world, after the golden poison frog. Certain internal organs, such as liver, and sometimes the skin, are highly toxic to most animals when eaten; nevertheless, the meat of some species is considered a delicacy in Japan.

Coral reef in the Red Sea, near Hurghada