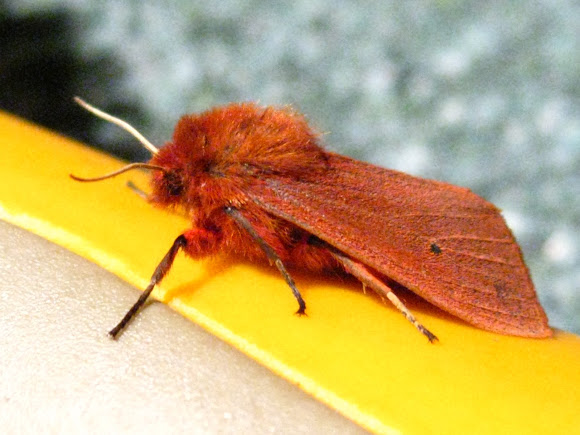 Fairly widespread throughout Britain, this species is common in places. Showing a gradual variation in colour, with the brightest individuals in the south, and much duller specimens in Scotland, attributable to the subspecies borealis. It is double-brooded in the south, flying in April to June, and again in August and September. In the north there is just one generation, in June. The larva are polyphagous, feeding on a number of herbaceous plants.