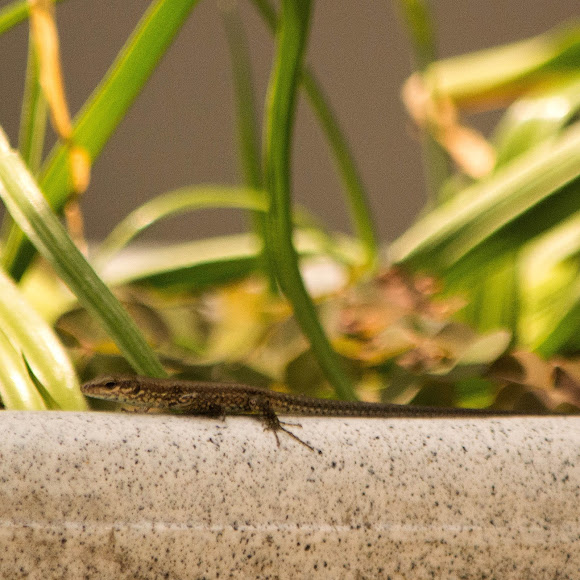 I found it in the garden. It's about 6 cm long. The common wall lizard is a small, thin lizard whose small scales are highly variable in colour and pattern. Its coloration is generally brownish or greyish, and may occasionally be tinged with green. In some individuals, the row of spots along their backs may form a line, while others may have a reticulated pattern with dark spots on the side and scattered white spots that can be blue in the shoulder region. The tail is brown, grey or rust in colour, and may also have light bars on the sides. The belly region has six rows of larger rectangular scales that are generally reddish, pink, or orangish. Common wall lizards may also have dark markings on the throat.