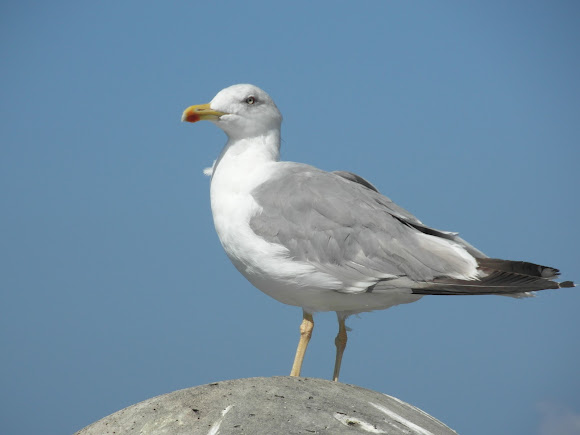 The Yellow-legged Gull (Larus michahellis), sometimes referred to as Western Yellow-legged Gull (to distinguish it from eastern populations of yellow-legged large white-headed gulls), is a large gull of Europe, the Middle East and North Africa, which has only recently achieved wide recognition as a distinct species. It was formerly treated as a subspecies of either the Caspian Gull L. cachinnans, or more broadly as a subspecies of the Herring Gull L. argentatus. It is named after the German zoologist Karl Michahelles.

Birds breeding on the Atlantic coasts of Morocco, Portugal and Galicia (and spreading north from there) are sometimes considered to be a third subspecies L. m. lusitanius. Atlantic Ocean birds have darker wings and back by comparison with Mediterranean birds, creating a more pronounced contrast to the white parts.