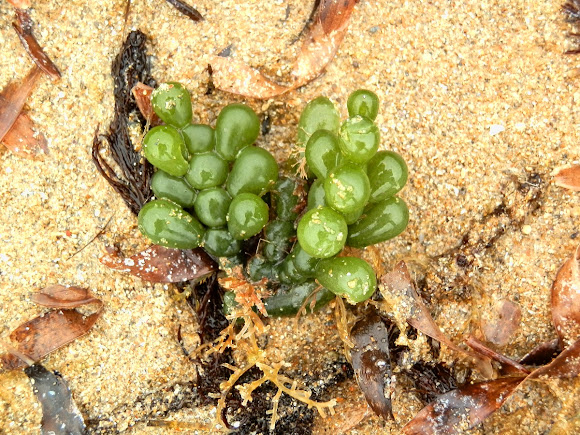 This green seaweed appeared in two forms, one as a cluster and the other as an elongated string of vesicles attached to flattened median segments. This variation in appearance is apparently due to wave action in different parts of the bay.
Pic 1 shows some brown (root-like) rhizoids at the base of the seaweed.

Spotted washed ashore at Westernport Bay -at low tide. This seaweed is native to Australia and seen only in Southern Australian waters.