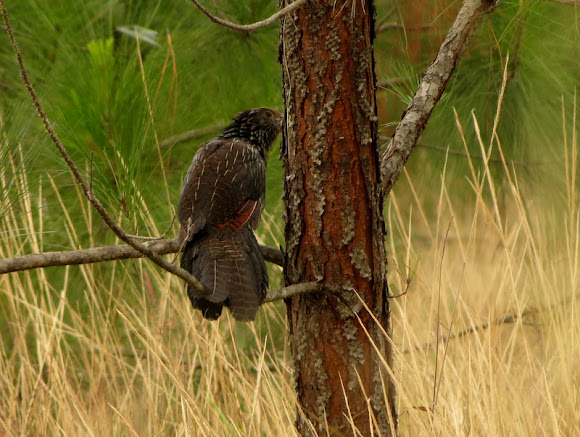 A large 'pheasant-like', ground-dwelling cuckoo, the Pheasant Coucal has a long tail and short rounded wings. In its breeding plumage, it has a black head, neck and underbody with the upperparts and wings reddish-brown with black and cream barring and the black tail is barred orange. Out of breeding, the head and back return to a reddish chestnut colour and the underparts are cinnamon brown, with all streaked boldly white. The eye is red.

When disturbed, coucals run rather than fly, or fly clumsily, plunging into cover. Unlike most other cuckoos, the Pheasant Coucal is not a nest parasite.