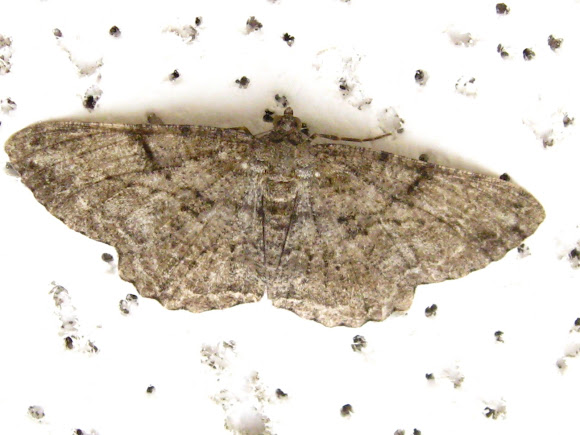 Wingspan 30-38 mm. Commonly distributed throughout Britain to southern Scotland, but more local further north. Typical forms are brownish with darker streaks and markings, but there is also a greyish form, f. perfumaria, as well as an almost black melanic variant. The moths fly in July and August, sometimes again in September in the south. Occupying any suitable habitat, the larval foodplants are a number of deciduous trees including hawthorn (Crataegus) and ivy (Hedera).