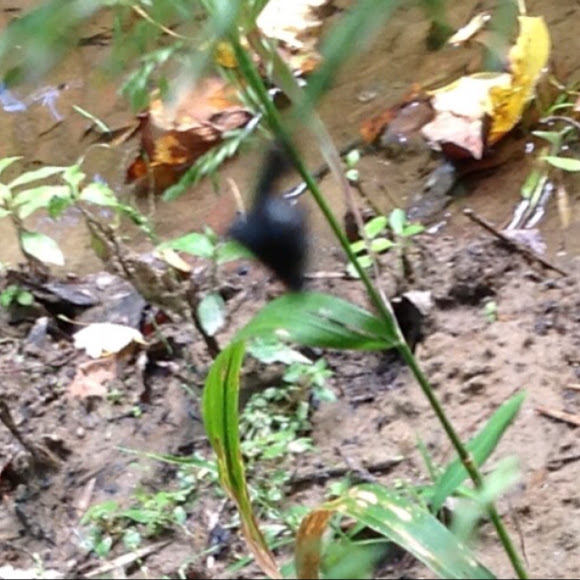 It was black and it had a big behind. I saw the spider climbing up a plant that I think was a weed. I think it was about to have babies because of its big behind I think, maybe in the plant or if it had a nest.

It's habitat was in the woods surrounded by tall grass and lots of weed and it was near a little creek with rocks and trees and craw dads and fish and bugs and insects and some moss.